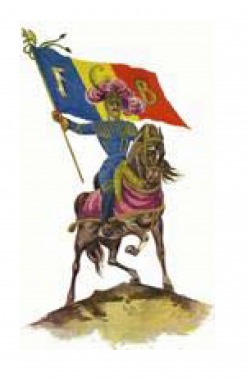 The Order of Knights of Pythias is an international, non-sectarian fraternal organization, based on the principles of Friendship, Charity, and Benevolence. As a member of the lodge, you will have the opportunity to help others who are in need, build new friendships and participate in various social events, and will be eligible for several benefits.

In June 1927, a dozen men met together in Rochester to form Rochester Lodge No. 593, and over the years the lodge grew to a membership of over 400. Jay Lodge No. 639 had its origins in a group known as the Jewish Athletic Youth, or JAY's, in the early 1930's. The group of 27 men learned about the ideals of Pythianism and applied for a charter, and on July 28, 1938 was officially designated as Jay Lodge No. 639.

For many years, Rochester Lodge operated the Harold Schwartz Child Welfare Fund. Some accomplishments of the fund over the years included the donation of a $10,000 playground for handicapped children, the presentation of a podiatry clinic to the Jewish Home and Infirmary, and the creation of a revolving fund to lend money to parolees until they receive their first pay check.

Rochester Lodge also operated a general welfare fund to help brothers in distress, a hospitalization plan, and a Death Benefit Welfare Fund to provide a stipulated sum to the beneficiaries of a deceased brother.

Jay Lodge operated the Lester A. Gleiner Welfare Fund which provided benefits to needy community organizations. Some examples of the good work of this fund include a dishwasher provided to a settlement house, bought an ambulance for a volunteer ambulance squad, provided audio-visual equipment for the Red Cross, and bought wheelchairs for crippled children. Jay Lodge also provided a $10,000 gift to the Jewish Home and Infirmary when they built their new facility.

After the consolidation, the work of the welfare funds was also combined, and the charity continues with projects such as the purchase of Braille equipment for blind children, voice actuated computers for disabled children, and specialized equipment for area volunteer ambulance squads. Donations are made to many social service agencies to aid in their work Through the welfare funds, Rochester Jay Lodge is a major sponsor of the annual Cystic Fibrosis Walk-a-Thon.

The brothers deliver Thanksgiving food baskets to the neediest families in the community.

Rochester Jay Lodge also provides many social activities for brothers and their families. A Chancellor Commander's Brunch is scheduled in the Fall. Two picnics are held each year: The Ben Cohen Picnic for the brothers, and an Executive Steak Roast. The Al Lippman Memorial Brunch is held in the Spring.

Rochester Jay Lodge's conventions attract speakers from all over the community. The lodge has been host to federal judges, district attorneys, market analysts, and representatives of social service agencies. The lodge has heard talks about home safety, automobile tires, and foreign travel. The diversity of speakers continues to attract brothers to the meetings.